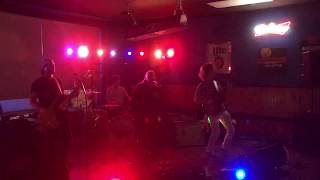 I just uploaded a brand new video on to the Violin Dragoness YouTube channel! I recently premiered my live looped arrangement of "Clocks" by Coldplay at the Big River Steampunk Festival in Hannibal, MO this September, and it has been one of the most requested and liked live loop arrangements so far, as well as a great song for me to practice improvisation. Watch it here! Please leave a like or comment, or even subscribe!

I will also be releasing a single version of my version of Clocks this month; be sure to be on the watch for it!

-Full gig from 6-9 PM at Mary Jane's Burgers and Brew in Perryville, MO (best hamburgers ever!)

-I will be attending Cape Comic Con in Cape Girardeau, MO! It will be in next April.

If you still haven't checked out my debut single, "Subdivisions", you can download it from here for free!

Thanks so much for the support!